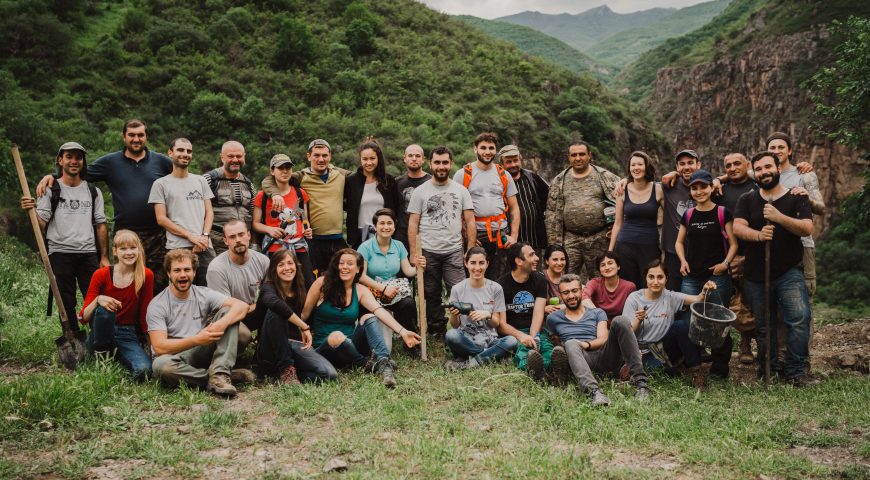 On May 19-26, 35 volunteers from Armenia and various European countries (Great Britain, Germany, and Switzerland) participated in the “BarevTrails” eco-tourism development project initiated by the WWF Armenia and the Swiss Wesser Foundation. The project has been supported by the “Trails for change” NGO.

This is the first phase of a three-year project, within the framework of which the following work was done at the “Planned Tatev national park”;
“Tandzatap” – “Devil’s Bridge” trail has been improved
Two bridges were created, one of which was on the way to “Tatev’s Mets Anapat” monastery, the absence of which previously caused difficulties for tourists visiting the monastery,
17 informative signs describing the surrounding flora and fauna, as well as historical and cultural sites were placed,
2 informational booths at the trail’s start points were built providing visitors with comprehensive information about the trail
Complete trail marking was implemented
Improvements have been made to increase accessibility and safety in parts of the trail that were previously hard to follow
The walls of the road leading to the “Devil’s Bridge” have been cleaned
Volunteers also had the opportunity to visit a number of historical-cultural sites and natural monuments, getting acquainted with Armenian culture and wildlife. Returning to their respective countries, the volunteers now have a new and well-established awareness of Armenia.

Ultimately, the goal of the project is the improvement of infrastructures of ecotourism in the protected areas of southern Armenia (Khosrov Forest State Reserve, Gnishik Protected Landscape, Planned Tatev National Park and Zangezur Biosphere Complex) and, in general, raising awareness of Armenia as an eco-friendly country. The second group of volunteers will arrive in Armenia this year in autumn.